You can see more about Gdansk at G-dansk.dk

Gdansk is in a colossal development and their level is rising higher than most places in Europe. Gdansk is the place in Poland where the wealthy Polish go in the summer. Sopot in the northern part of the city is Poland’s most exclusive place. But prices are still below half price compared to many places in Europe. Not surprisingly, Gdansk is nominated as one of the 3 largest tourist destinations in Europe. See it with your own eyes and experience this unique place.

Gdansk has much more to offer than elsewhere in Poland such as Stettin etc. If you choose a trip to Gdansk with a dentist’s visit or something else, you will get an experience beyond the usual in this beautiful city that contains charm, culture, nightlife, shopping, spa, beach, water and a very significant story.

The historic Hanseatic city of Gdansk is not just a city out to the Baltic Sea, but a bit of a tourist gem and an obvious place for an extended weekend, or longer. More and more Danes, Norwegians and Swedes have discovered the city’s and the region’s many qualities. The area is also called the Tri – City, which consists of the merged cities: Gdansk, the seaside resort of Sopot and the port city of Gdynia. Tri city is an area of the size of  Copenhagen, land and population, and has a wealth of attractions and opportunities for tourists of all ages and with almost all interests. And to note; at prices that are typically half the prices in Denmark. If you go in the markets or in the smaller shops, the savings are even greater. Despite the low prices, service and quality are at a surprisingly high level.

Gdansk has repeatedly played a crucial role in the development of Europe in history. It was at Westerplatte next to Gdansk that the Second World War began. From the old town of Gdansk you can sail with a pirate ship – offering full boarding – out to Westerplatte, or you can choose one of the ordinary cruises if you are not into live music, children with pirate guns or rusty cup sound. If you want to be more rural, there are also both taxi and buses to the historic site, where the Poles heroically fought an unequal fight against the Germans in the defense of Poland. In the course of this year, probably the world’s largest museum for World War II in the city is also close to the old town, but the opening has been postponed several times.

Gdansk is also world famous for Lech Walesa, the electrician leading a strike at the city’s shipyard in 1980, which was the first successful rebellion against communism and the Soviet Union. Nine years later, after 50 years of occupation, the Poles got their freedom from the start of World War II until June 1989. It was the beginning of end for Communism in Europe and the Soviet Union. The story of the strike leader Lech Walesa, the man who became his country’s president and recipient of the Nobel Peace Prize – and leader of Poland’s popular rebellion under the Solidarnosc name – can be experienced to all the senses in the new European Solidarnosc Center (2014), which is built for the historic shipyard. The large red rusty building houses cafes, restaurants, conference rooms, libraries and much more, and an incredibly exciting exhibition that just needs to be seen. And on a lucky day, you can catch a glimpse of 71-year-old Lech Walesa, who has an office in the center, and who is still working for democracy in Europe – and he is busy, he says to polennu.dk’s broadcasters. Poland’s recent history was written in Gdansk, and this is also not in doubt after visiting the Solidarnosc exhibition, where one also gets a greater understanding of the game between the US and the Soviet Union during the Cold War.

After the historic and big political wine scene in front of the shipyard, we walk through the cozy main street in old town. Here one can easily think of how, however, the Poles have succeeded in rebuilding Gdansk so impressively after the devastation of the Second World War. The historic buildings appear to be the centuries old and extremely well-maintained. No less than 80 percent of Gdansk was leveled during the Second World War, but today you only discover the city’s museum or the old posters. The beautiful buildings adorn the whole street on the main street, and we pass the Neptun fountain, which is a good and central meeting place, when you are more on tour with different interests. Although we are among old and beautiful buildings, we meet modern restaurants, cafes and specialty shops all the way. And it continues. At the end of the main street, which is a pedestrian street, there is a very charming and cozy harbor area, which is packed with exciting cafes and restaurants, each with its own specialty. The traffic in the harbor at the old town is mostly reserved for leisure and pleasure boats as well as tourist and route boats.

Within convenient walking distance of the waterfront and across the canal is one of the city’s most exciting hotels; the 4-star Hotel Gdansk. The hotel, as the only hotel in town, is allowed to use the name Gdansk in its name, and the finest suite in the hotel is also called Lech Walesa Suite. The exclusive luxury apartment is personally approved by the former president and even the bed’s length is adapted to Lech Wales’s height. The suite can be rented by anyone and depending on the season at a price you can pay off.

Hotel Gdansk is actually two connected hotels. One part is called the old grain store (2008), which has an incredible and distinctive interior design with all conceivable necessities, while the other part is the new maritime (2012) which also contains a modern conference center a wonderful spa and wellness center in a class by itself. In the rooms of the grain store one is led back in time, while in the maritime part one gets the feeling of being on board a super modern yacht that does not tilt. Although the hotel has about one hundred rooms, two of them are not the same in decor, choice of colors or size.

Hotel Gdansk has a large breakfast buffet with an a la carte egg cook, which ensures that you get your very own composite omelette or something else. There is also a good restaurant for lunch and dinner, where the food is spiced with live music and high spirits. In the summer, there is also outdoor dining with views of the marina and the nightlife of the old town. But the hotel also has its own brewery – and it’s not just any brewery, but Poland’s best macro brewery. The place has won the title two years in a row. The beer is then brewed from all the craftsmanship regulations, and besides making the guests happy, Brovarian’s beer is known beyond the borders of Gdansk and Poland. Many guests have only chosen Hotel Gdansk because of the beer in the basement.

On the other hand, it is hardly the beer, but perhaps closer to the high level of service – or the girls in the spa and wellness department – who have made the Spanish football team and FC Barcelona repeatedly choose the hotel – also DR Sportens Andreas Kraul has lived there several times. In addition to a Lech Walesa Suite, Hotel Gdansk also has a Lionel Messi Suite. Here the world star lives when he is in Gdansk, and when he is not there, it is rented out to guests who would like to share a bed with one of the world’s best football players. Hotel Gdansk is in every way worth a visit, although high standard and extremely good service, far from being any special sight from the staff of the hotels and restaurants in the Gdansk area.

If you are in the sun and beach, then the popular seaside resort of Sopot is not far away. There you can get from Gdansk in taxi or train in under half an hour. In addition to a lovely wide sandy beach and many opportunities for relaxation, you will also find Europe’s longest bathing bridge in the seaside resort, which for many years has been an exclusive holiday paradise for distinguished bathers from all over the world

There is no room to mention all that is worth experiencing in Gdansk – or in the Trebyen.

But when you are in Lech Walesa Airport in Gdansk and are on your way home , you are convinced that Gdansk is a place you come back to. Not only because of the hospitable and friendly Poles, but also because of all the things you didn’t reach … 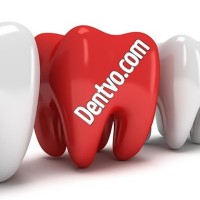